Television or movies have given most of us the sight of a hot branding iron being pressed against the tender flesh of a young calf. It’s not a 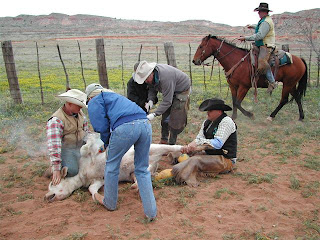 happy moment and calves never volunteer - in fact, it usually takes 4-5 men to hold the poor critter down. Why brand? To make it clear to all the world, “This is mine!”

Branding of humans (slaves) was common throughout the millennia. It’s deplorable and no person of worth would choose or allow such an obvious violation today. Yes?

No! Human branding is not only present today but is far more prevalent. Corporate logos are woven artfully and prominently onto colorful cloth on every article of human apparel. And the snake-oil sales pitches of commercial interests convince the unthinking that they will be more attractive and life will somehow be better if they are identified with a large corporation. “I’m a Chargers fan!” “Coors is my beer.” “This shirt is from The Gap.” The excruciatingly painful hot iron has been replaced, but not the statement: “This is mine!” 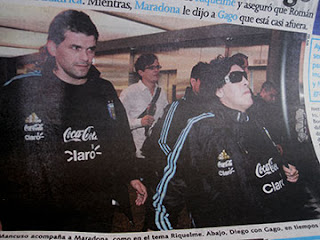 These thoughts tumbled out this morning as I sat in a café on the historic Plaza de Mayo in Buenos Aires and saw a local newspaper photo of Maradona, the famous Argentine fútbol (soccer) player who coaches a team heading for the 2010 World Cup in South Africa. Shown here on the right, he clearly carries the-taken-for-granted-branding of so many athletes. Sharing the branding with Coca-Cola is Claro, an Argentine cellular telephone service. Not an outfit I would choose for a world-class coach.

As I sipped coffee, I thought about the Buffalo Bison’s baseball team when I was 13 and excited about my team winning the International League championship. In the final weeks of the season, Buffalo was in first place with Montreal a few hot breaths behind. I and a friend raced home from school every day to hear the games on the radio. We knew all the players, their batting averages; we had their autographs on our scorebooks. They were our heroes!

And then it happened. Buffalo’s major league parent, the Detroit Tigers, was in second division and needed an immediate rescue. They pulled 4 of Buffalo’s first stringers to Detroit. Buffalo crashed and burned; Montreal moved into first place, capturing the championship. And, at 13, I learned something about baseball and all professional sports: it’s all about money! A great disillusionment for a young baseball fan but a valuable insight into the connections between corporations and the athletes they buy, sell and brand, the athletes they tell in many ways, “You are ours!”.

They also do it to stadiums. Likely you’ve never heard of the Chukchansi Casino in the Sierra Foothills in California. The gambling company that runs the casino branded the local baseball stadium in Fresno, Chukchansi Park. San Francisco enjoys America’s pastime in AT&T Park. The New York Mets play in CiTi Field. What corporation has branded the stadium where your favorite team plays? Oh, and Buffalo today? The Bisons play in Coca-Cola Field. I hope all those 13-year-olds are paying attention - that is, if they can even afford to get into Coca-Cola Field. (Did you know there are 11 teaspoons of sugar in every 12 oz can of Coke and that soft drink machines in our schools are major contributors to obesity? I’ll save that rant for another day.)


Every so often we get a particularly clear sign of professional sport’s dirty little secret. I happened to catch the 2009 Super Bowl awarding of the winner’s cup. It was not presented to a member of the winning team but to the CEO of the corporation that owned the team. We got the message: This is our cup. The team belongs to us. And all you folks out there who tune in to watch the new Super Bowl commercial, well, our shareholders thank you for supporting our brand, I mean, team.

We’ve become so used to corporate branding that we even pay local cable corporations $50 to $100 a month for an unending slew of offensive tv commercials. The evening news used to be an institution with great personalities like Edward R. Murrow, Walter Cronkite, Chet Huntley and David Brinkley. Now, half our evening news is dominated by ads about bowel movements, depression and stomach acid. And while they’re branding our news with this garbage, they brand our $2,000 screens with their logos. It’s virtually impossible to watch a movie without seeing animations in the corner of the screen urging us to tune into still another branded program. Be honest, they own our tv sets. 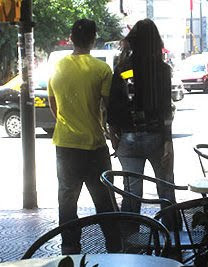 I mentioned earlier that this blog was inspired by a famous Argentine futbolista, Diego Maradona. Argentines also are famous for physical beauty. They are, in the best possible way, branded by a very high Source with natural beauty and dignity. As I sipped my café con leche and watched beautiful people walk by the café window, I noticed that none were branded: Gap, Calvin Klein, Wrangler, Nike were absent on their clothing. Then two tourists came by; one wore a sweatshirt branded with Abercrombie Fitch. Maybe Argentines know they’re beautiful and don‘t have to rely on someone else’s brand to prove it.


So, in the big picture, does it really matter? In a benevolent world, probably not - but that’s not the world we live in. As they often say in the crime shows, “follow the money.” Too much money corrupts and that’s what’s happened to professional sports. When it costs a dollar to watch a game and 50 cents more to buy a hot dog and a Coke and players get off of drugs and play again because they love the game, maybe I can become a fan again.

In the meantime, us smart humans need to learn something from “dumb animals” about branding. Never volunteer and never, never submit unless 5 cowboys hold you down and force a brand on you.
Posted by Rainbow Ground at 6:23 AM 0 comments