... some folks never seem to change


My grandmother used to say, "Tell me who your friends are and I'll tell you what you are."

If this is true, Israel's apartheid treatment of Palestine and their July-August 2014 murder of 495 children in Gaza, much of it done with U.S. arms and munitions, tells me my government is the same as Israel's Netanyahu government and is complicit in its apartheid and its murder. 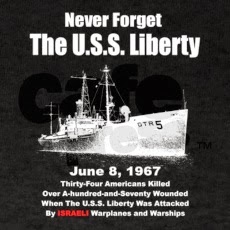 If this 2014 slaughter of 495 innocents doesn't turn your stomach and make you question U.S. friendship with this rogue nation, you need to remember Israel's 1967 deliberate attack on the USS Liberty, a U.S. Navy spy ship in international waters, and the murder of 34 of our sailors. And, no surprise, the vicious attack was immediately covered-up by President Johnson, Admiral John S. McCain (Senator John McCain's father) and, years later, by Senator McCain.

The recent resurfacing of this horrific story in my consciousness was especially troubling because I had all but forgotten it. No wonder. In June, 1967 I was 31, married, with 4 children and living in San Jose. A few months later, we moved to another city and welcomed our 5th child. Those were the days when few mothers worked outside the home, so providing for a family of 7 and finding a good job in my field kept me far too busy. Outside of work, I was active as a Rotarian, campaigned and was elected to the school board, and led a 1,000-home homeowner's association which I had founded. Our busy lives kept me so distracted from the "Big Picture" that the 60's passed in a blur, including the horror of the USS Liberty. I likely accepted the official story of "mistaken identity" put forth at the time by Israel and my government. Besides, having served my country in the Navy Air Force, I had learned to accept the official stories of my government. But no longer.

Here are 3 YouTube videos that tell much of the Liberty story, a total of 71 minutes, an incredible tale that needs to be remembered and retold, over and over. 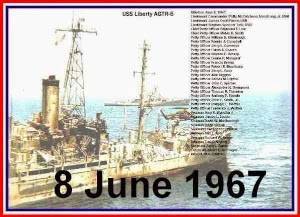 As a nation we take great pride in honoring our fallen heroes. But we also dishonor them, as we did with those killed and wounded in the attack on the USS Liberty when, in the name of politics, we fail to support them and bring their murderers to justice.

President Johnson's White House and the Congress, in the name of friendship, rushed to protect Israel in it's deliberate attack on our ship instead of  exposing the treachery that cost the lives of American heroes. Many Americans are critical of the U.S. government's friendship with Israel and, one can assume, none more so than the men and families of the 34 dead, 179 wounded, and their shipmates, who learned, too late, that Israelis were not friends - nor, sadly, were the leaders of their own U.S. government.

I suggest the viewing of these videos in sequence.

The story is told mainly by the surviving, eye-witness sailors from the Liberty, including its commanding officer.

Clear, forceful statement by Ralph Nader, 2008 presidential candidate, in a debate, challenging candidate John McCain about his support of the cover-up. John McCain's father, Admiral McCain, headed the board of inquiry and delivered his final report only 8 days after the inquiry and never interviewed one Israeli! Senator McCain (an ex-sailor!) never answered Nader's challenge.

I can't find any response by John McCain except this shameful one. Observe the reaction of the military audience. If I had been in a military audience in 1967 and as unaware as so many of us were, my reaction would likely have been the same. But now I know.

Much of this video contains the words of Ray McGovern, a friend from my DC days. An ex-CIA senior analyst, for years Ray helped write the CIA's daily intelligence assessment for the President. He offers two possible reasons for the attack and confirms the Israeli strafing of U.S. lifeboats to ensure no one would survive.

If the Liberty attack doesn't rock your boat, doesn't make you question U.S. support of Israel, what will it take? And what about the horrors Israel continues to commit on Palestinians with U.S. arms, U.S. tanks, U.S. gunships, U.S. rockets, and with almost unquestioned U.S. Presidential and Congressional support? Please join me in raising your voice on behalf of the children and people of Palestine. A very wise person said, "All it takes for evil to triumph is for good people to remain silent?" 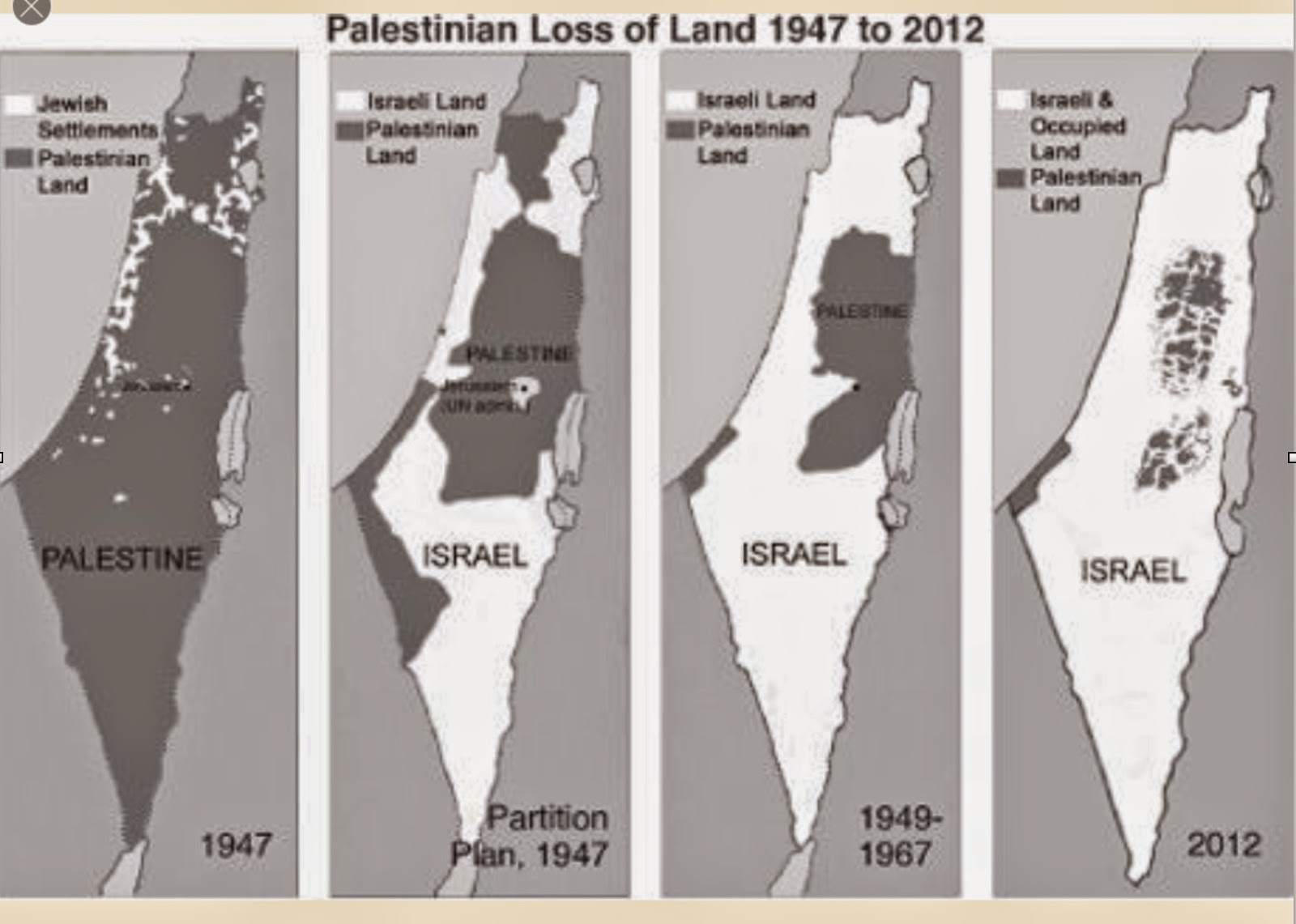 Like many Americans, I believed we needed to get out of Palestine and let the Israelis and Palestinians solve it themselves. This would be a step forward. The problem is, the U.S. won't get out. We pour billions into Israel's military and government coffers every year, vote against Palestine in the Security Council of the UN and, in a very direct way, support the domination and apartheid of Israel. If we would stop direct support to Israel, then share our support, good will, and power equally with Israelis and Palestinians, we could begin to heal the breach and help create peace. Our neutrality and support would certainly help both peoples reconcile.

As a follower of Jesus, as a human being, as a man and a father, as an American, as a Vet, as an elder, I am ashamed of my government's support of Israel's apartheid government. I apologize to every Palestinian and say with as much sorrow and sincerity as I can muster, this is not done in my name.
Posted by Rainbow Ground at 1:43 PM